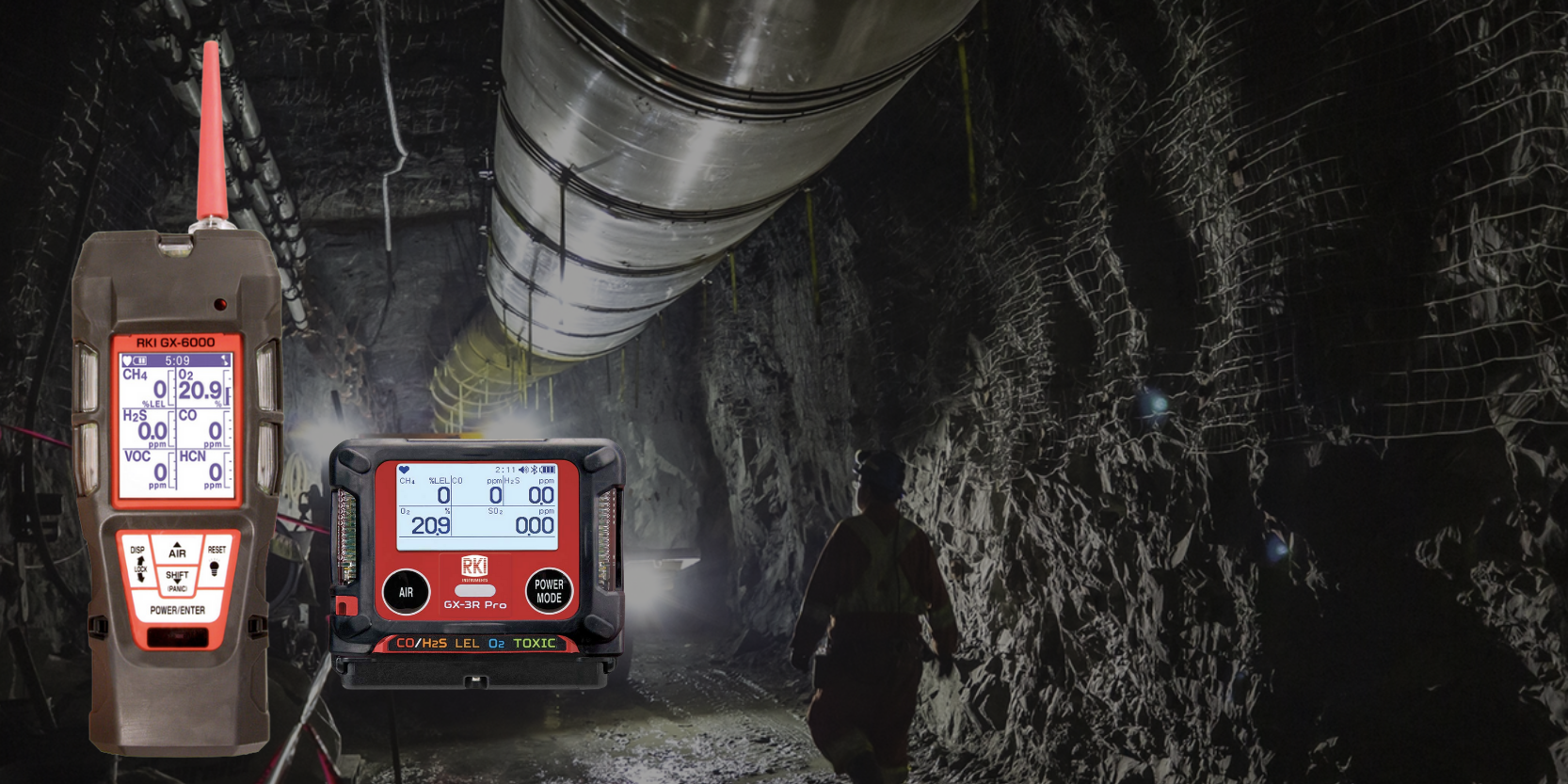 When air enters any mine or other subsurface structure, it has a volume composition of approximately 78 percent nitrogen, 21 percent oxygen and 1 percent other gases on a moisture free basis. However, as the air progresses through the network of underground openings, that composition changes.

There are two primary reasons for mine ventilation. First, the mining of subsurface structures allows any gases existing in the surrounding strata to escape into the ventilating airstream. Such strata gases have been produced over geological time and remain trapped within the pores and fracture networks of the rock. Methane and carbon dioxide are commonly occurring strata gases. Secondly, a large number of chemical reactions may cause changes in the composition of mine air.

Oxidation reduces the percentage of oxygen and often causes the evolution of carbon dioxide or sulphur dioxide. The action of acid mine water on sulphide minerals may produce the characteristic odour of hydrogen sulphide. This is while the burning of fuels or the use of explosives produce a range of gaseous pollutants. Most of the fatalities resulting from mine fires and explosions have been caused by the toxic gases that are produced rapidly in such circumstances.

Several of the gases that appear in subsurface facilities are highly toxic and some are dangerously flammable when mixed with air. Their rate of production is seldom constant. Furthermore, their propagation through the multiple airways and often convoluted leakage paths of a subsurface ventilation system is further modified by the effects of gas density differences, diffusion and turbulent dispersion. These matters all influence the variations in concentrations of mine gases that may be found at any time and location in an underground mine.

The GX-3R Pro is the world’s smallest 5 gas monitor. Weighing only 129 grams it can easily fit in the palm of your hand (73 W x 65 H x 26 D mm). Including the standard confined space gases, LEL, O2, CO & H2S, the GX-3R Pro has a 5th channel. This is where you can add ppm or % volume CO2 or SO2. A H2 compensated carbon monoxide sensor is also available. Two of the four sensor slots have interchangeable sensors providing flexible configurations.

The GX-3R Pro is a 5 gas personal monitor comes equipped with Bluetooth wireless communication. It includes a man-down alarm, the choice of alkaline or rechargeable power supply, and a 3-year warranty. The Lithium-ion battery pack will operate for 25 hours and will fully charge in 3 hours. The GX-3R Pro can be put into long-life battery mode and operate up to 40 hours.

The GX-6000 has a rugged design built for the nastiest environments. This powerful hand-held instrument is capable of simultaneously monitoring up to 6 gases. It includes the standard 4 confined space gases which include combustibles, O2, CO, & H2S. It also obtains 2 additional smart channels, which accepts PID, IR or super toxic sensors.

Equipped with a removable impact-resistant rubber boot and a dust and water resistant enclosure with an IP-67 rating. With 5 bright LED lights on 3 sides of the instrument, alarms are easily seen from a variety of perspectives. With vibration and loud audible alarm, GX-6000 will easily alert users when needed.

Click here for more information on the GX-3R Pro or GX-6000.

How to Reduce Gas Leaks in Industrial Environments
May 10, 2021